Muay Thai - translated into English as "Thai Boxing" - is the national sport of Thailand and is a martial art with origins in the ancient battlefield tactics of the Siamese (or Thai) army. 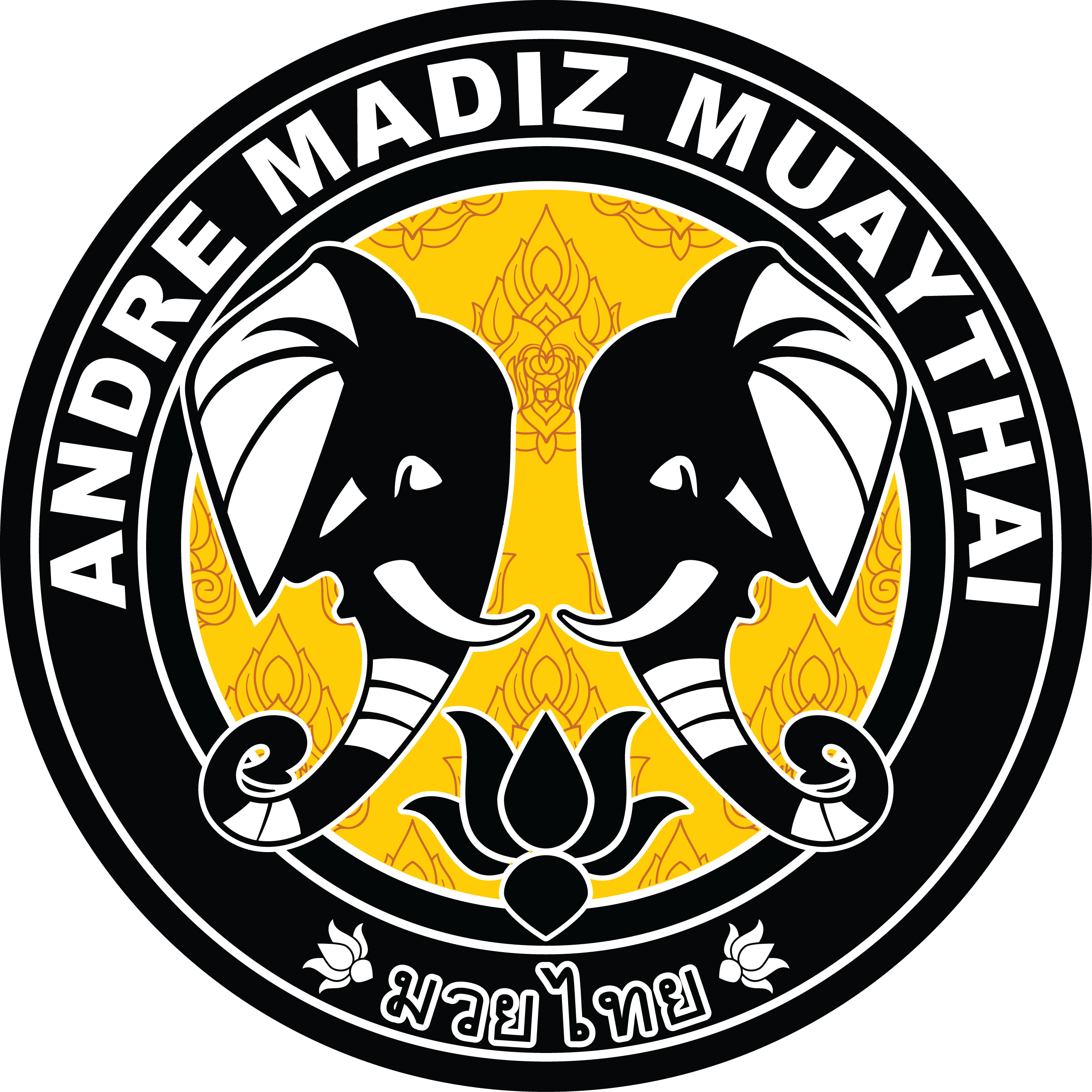 Muay Thai is known as “King of the Ring” in kickboxing circles. These fights feature punches, kicks, elbows, knees, standing grappling and head-butts to wear down and knock out their opponent. 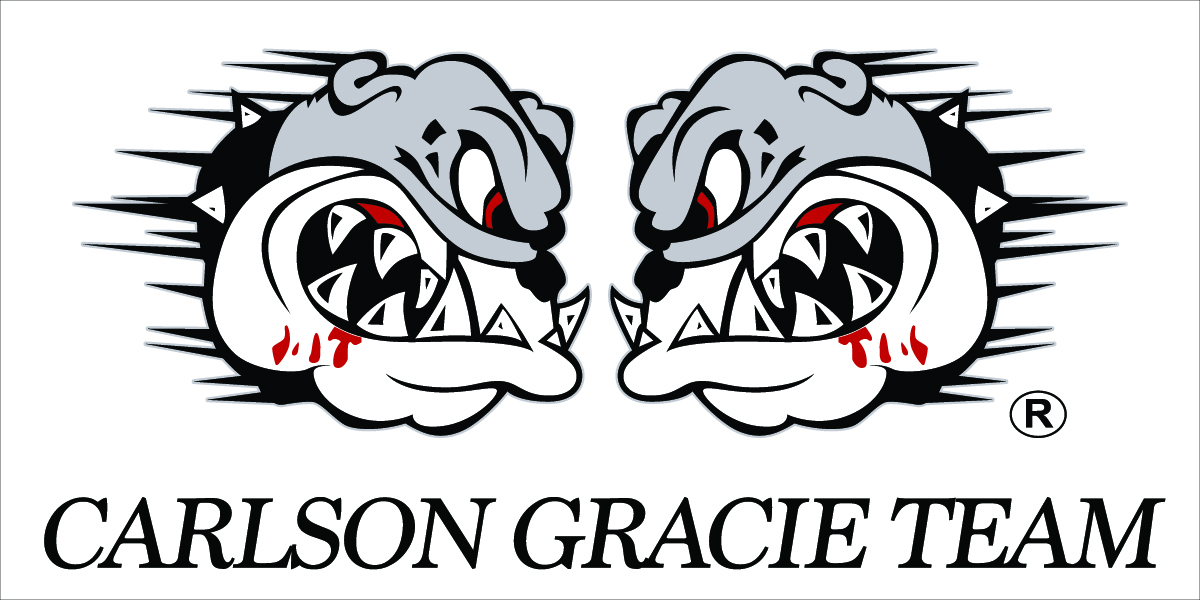 Come Train With The Best

You want to learn from world class champions and improve your mind, body and spirit. We can help.

Instruction at all levels. Andre holds a Khan 11 (red and white mongkol) belt in Muaythai under the Kru Muaythai Association.

Individual sessions to help you achieve. Focus on the areas which are most important to you!

See How We Train

Please take a moment to view the photos below from various training sessions and events. 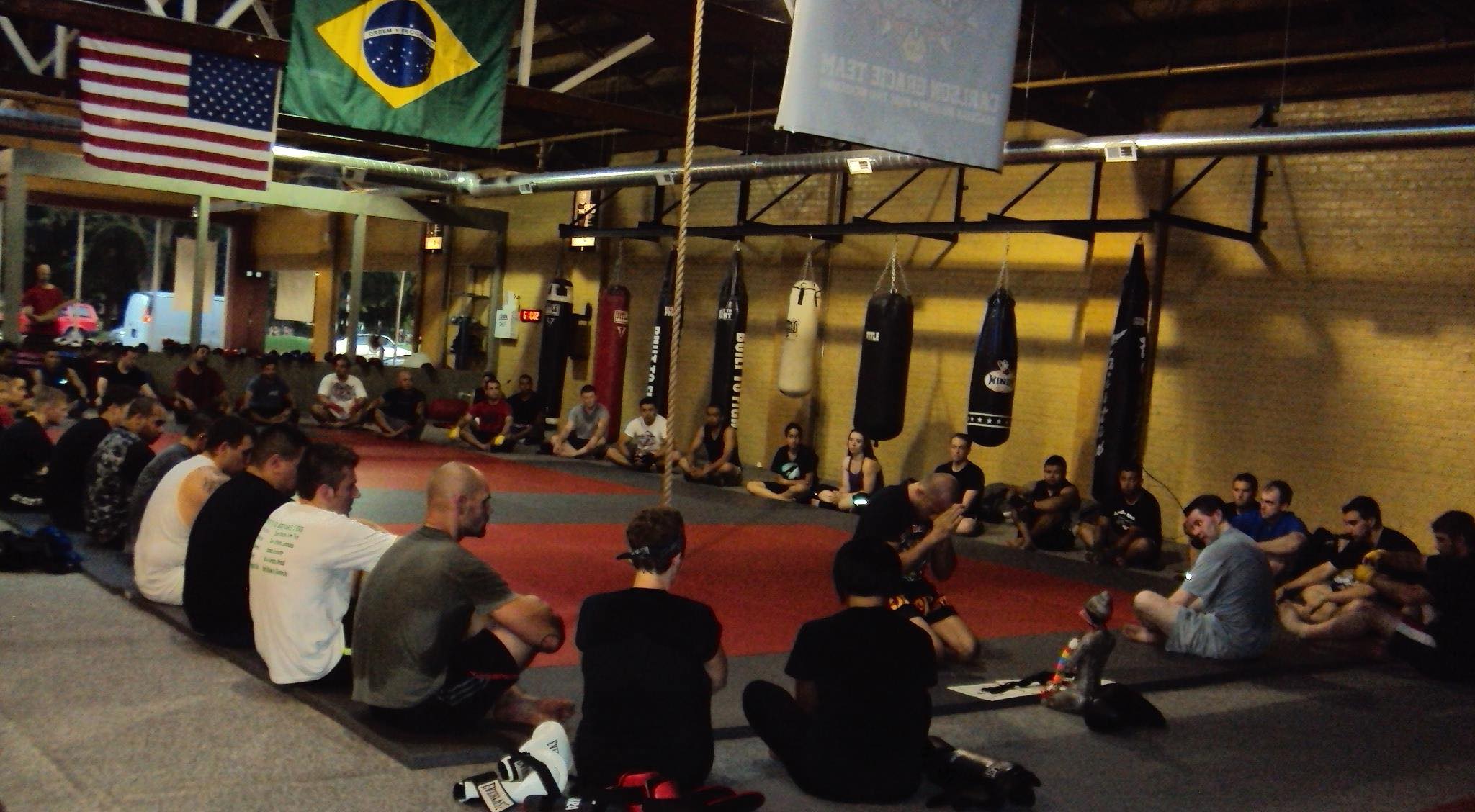 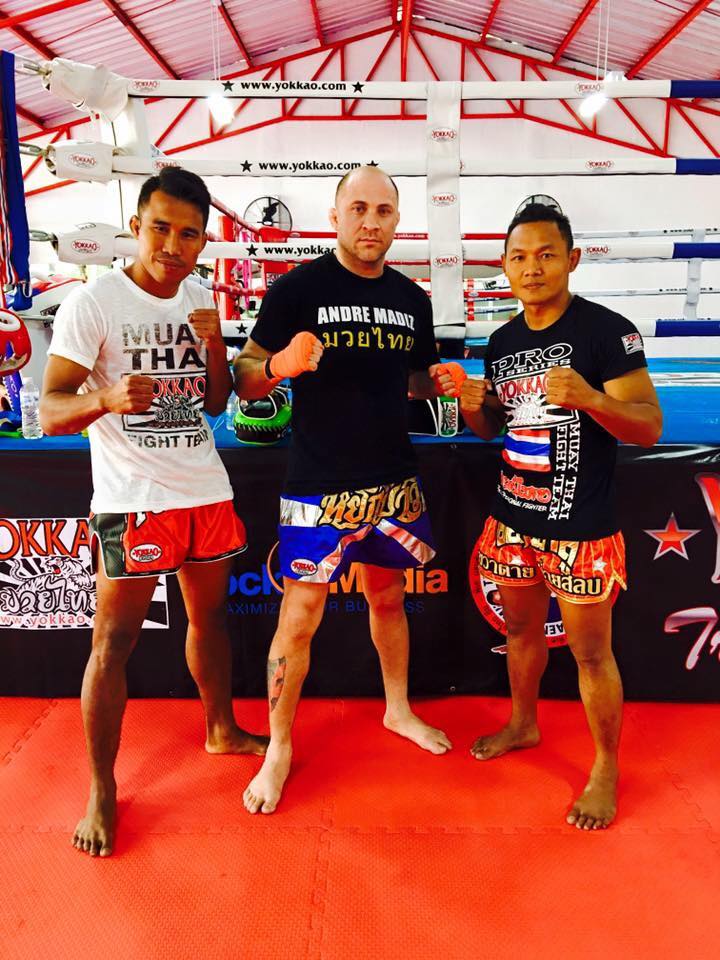 Andre shares his passion for Muay Thai with students and teachers around the world. 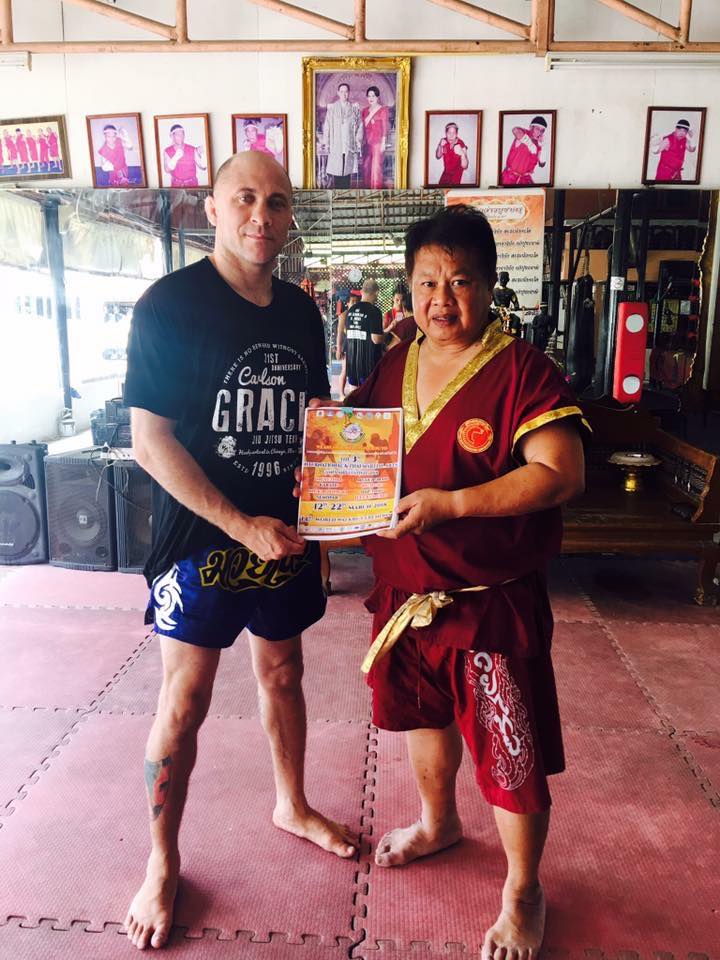 Andre works to build the Muay Thai community in the US and abroad: hosting events, forming connections and supporting fighters. 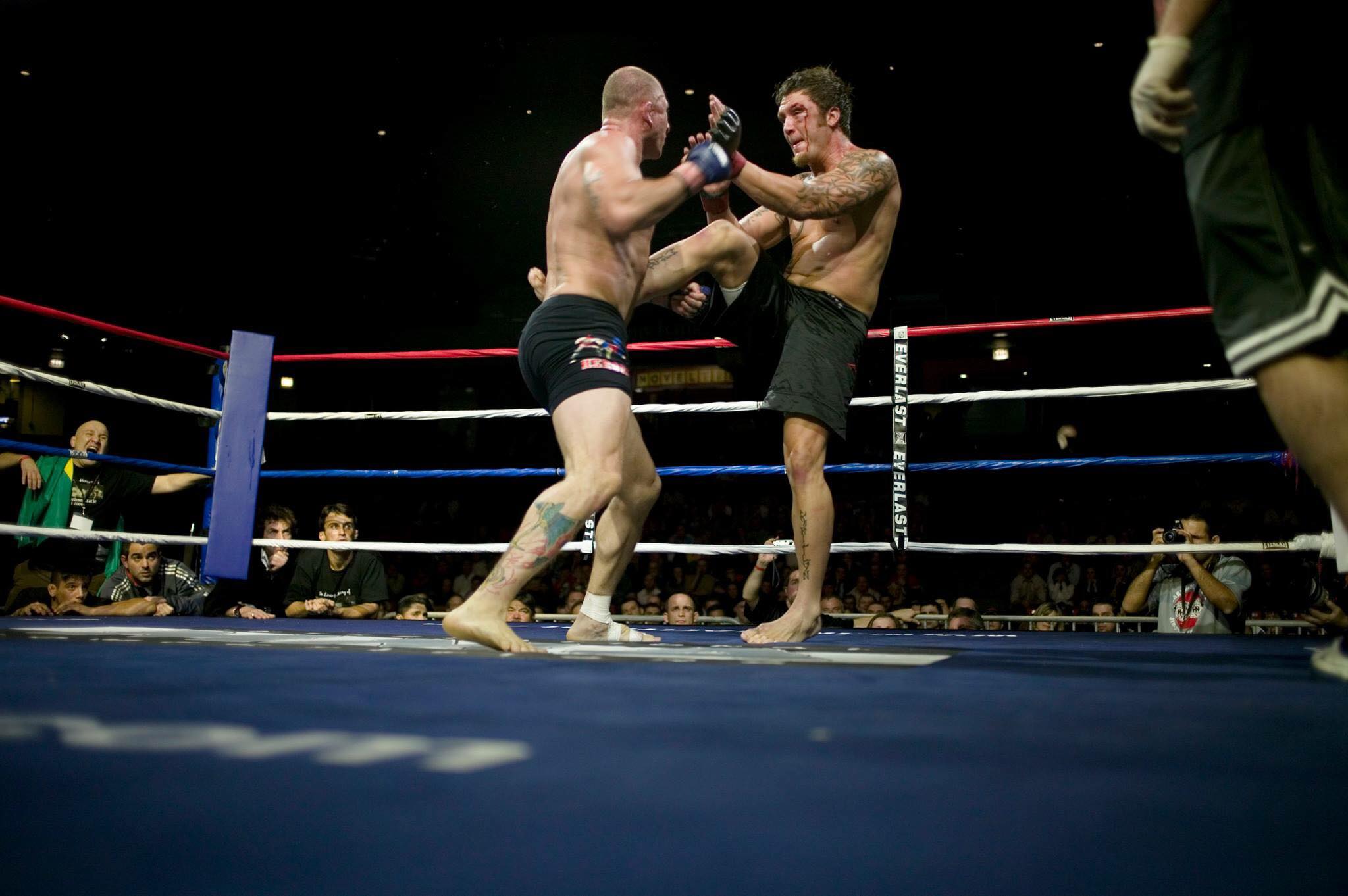 Only by pushing ourselves to grow stronger can we succeed. 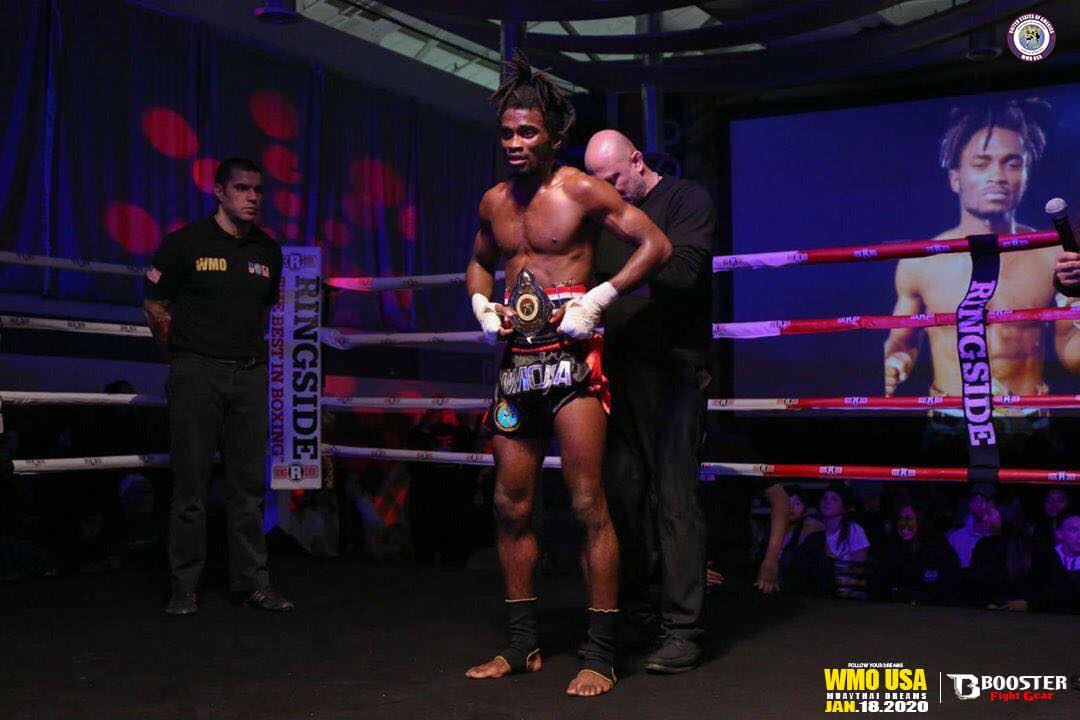 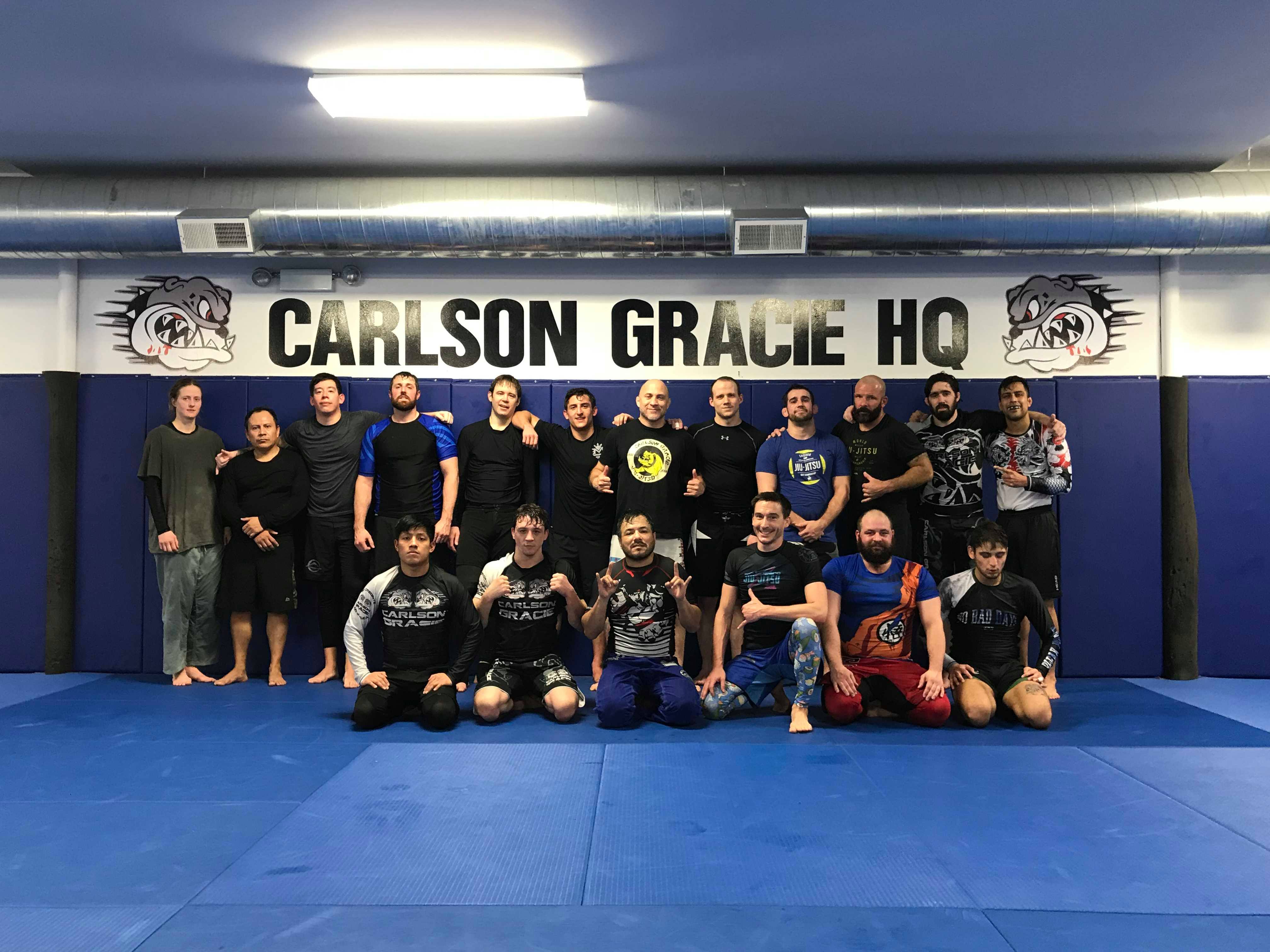 Experience one of the fastest growing combat sports in the US and around the world. Become a stronger version of yourself.

You won't find a group of athletes who works harder! 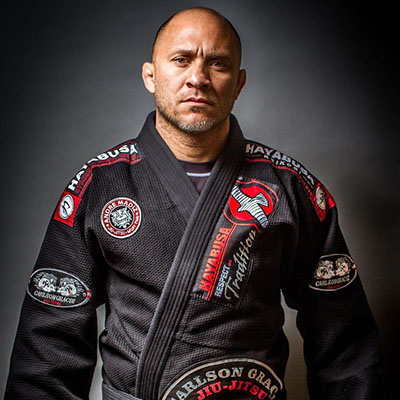 A master of Muay Thai Kickboxing and Brazilian Jiu-Jitsu.

Shortly after this early success, Andre's friend, Mongoo, invited him to try Jiu Jitsu with the East Association of Brazilian Jiu-Jitsu. Andre quickly fell in love with the sport.

After a year of intense training, including under Master Amelio Arruda, Andre was crowned blue-band champion of the Alloy Niteroiense Jiu Jitsu. Inspired by the Jiu Jitsu X Luta Livre in Rio de Janeiro in the early 1990s, Andre also became interested in MMA, where the Carlson Gracie Team, led by Grand Master Carlson Gracie Sr., became his main reference.

Andre considers this period as the most important of his career because of the high quality of training / teachers and friendships with fellow fighters. During this time, Andre won titles at the Brazilian Grappling Championships as well as a KO at the first Challenge Contact Muaythai Competition. In 2006, Andre moved to the US, and shortly thereafter was invited to join Master Carlson Gracie Jr. In 2008, Andre was invited by Miguel Angel Torres (WEC Champion) to teach Jiu Jitsu, kickboxing, and MMA at Torres' academy in Indiana. Andre considers this a key time in his career as a teacher and fighter.

Madiz, as people call him, has been traveling to Thailand frequently and with that improving his knowledge more and more. At this moment he is the official representative of World Muaythai Organization in the USA - one of the most respectful & respected in the world.

Andre's biggest goal is to propagate the traditional Mauythai and the original
Carlson Gracie Jiu-Jitsu style.

Your health is your most valuable asset. We'll find a plan that fits you.

We Offer Custom Plans. Contact Us For More Info.

Join our email list for news about upcoming events and seminars. Emails are very infrequent and we will be sure not to waste your time.

Well done!Your message has been sent.
There was an error.

Find Us On Social Media